Gloria Leyva-Sanchez: Gloria has been with Janney & Janney since 1981. She started working for Janney & Janney as a part time employee while she finished her degree at Cal State Los Angeles. Gloria’s primary role is managing the Human Resource Department, but her other responsibilities include payroll, accounts payable, and numerous other administrative duties.

Margarita Abeshyan: Margarita has 20+ years of experience in the Attorney Service field as a supervisor and team leader. She has been with Janney & Janney since 2007. Margarita is our Service of Process Control Manager at our Los Angeles location. She oversees the Service of Process Support Staff in their day-to-day. Margarita supervises the preparation of proofs, non-service reports, and declarations. 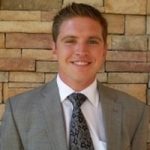 Matthew Janney: Matthew has been working in the legal support industry for over 10 years, and even more than that if you count the years spent growing up around the office. He is a registered process server and still serves a few papers every now and again. Matthew’s role now primarily includes Accounts Receivable and Business Development responsibilities. Matthew is part of the Executive team weighing in on key decisions for the company.

Brett Peters: Brett has been working in the legal support industry for over 20 years. He has been with Janney & Janney from 2007 to 2020 as the manager of our Ventura office and is now our Service of  Process Operations Manager. He manages our Affiliate Relationships and oversees our Writs, Levies, and Attachments. Brett has served on the board of Directors for CALSPro, as well as held the Treasurer, Vice President, and President positions. He has also served as the Chairman on various CALSPro committees. Brett was the 2013 recipient of the Bert Rosenthal Award, which is awarded for outstanding and dedicated service toward perpetuation and elevation of the photocopy and process serving industries.

Jackie Janney-Kilgore: Jackie was hired at Janney & Janney in February of 2003. She started working in the process department handling proofs of service and assisting clients. In August of 2013, Jackie was promoted to Assistant Process Manager. She is now a Notary Public, and our Orange County Office Manager.

Jay Roll: Jay is currently our Director of eFiling, and has been with Janney & Janney since 1999.  After just one year of being hired, he was promoted to Central Court Manager. Jay works directly with our technology team to ensure that our eFIling system is on the cutting edge. Jay also oversees the daily operations in our Orange County location.

Andy Spielman: Andy has been with Janney & Janney since 1992 and has been working in the legal support industry for over 22 years. As one of our court supervisors, Andy uses his extensive knowledge and experience with the court system to ensure that all assignments are completed as per clients instructions. His expertise definitely makes him a favorite among our clients.

Brian Janney: Brian has been working in the legal support industry

for over 15 years, that doesn’t include the years he has spent growing up around the family business. He is experienced in all aspects of the company, from running routes to serving papers, he has done it all . Brian’s role now includes helping to oversee day to day operations and weighing in on key decisions for the future.

Robert Delgado: Robert is the Office Manager at our Inland Empire office, located in Riverside. He is responsible for running the day to day operations of both court services, and service of process. Robert has 22 years of experience working in the legal support industry, and has been with Janney & Janney since the year 2000. Robert is a registered process server, a member of CALSPro, and a Notary Public.

October 6, 2020Riverside Superior Court to Close One Day a Month